China’s recent approval of imports of certain genetically modified corn and soybean represents the beginning of a hopeful trend to gain access to their enormous market. According the the U.S. Commerce Department, the Chinese market for U.S. soybeans was $14 billion in 2013, and corn was a significant $3.5 billion.

But inter-governmental agreements aren’t enough if you’re infringing intellectual property. That’s why it’s critical to be able to search the entire Chinese IP landscape to ensure you have freedom to operate as this large market begins to open up. The number of Chinese patents in the GenomeQuest GQ-Pat Platinum database has grown substantially over the past five years as companies vie for space in China. Download a white paper on GQ-Pat Platinum. 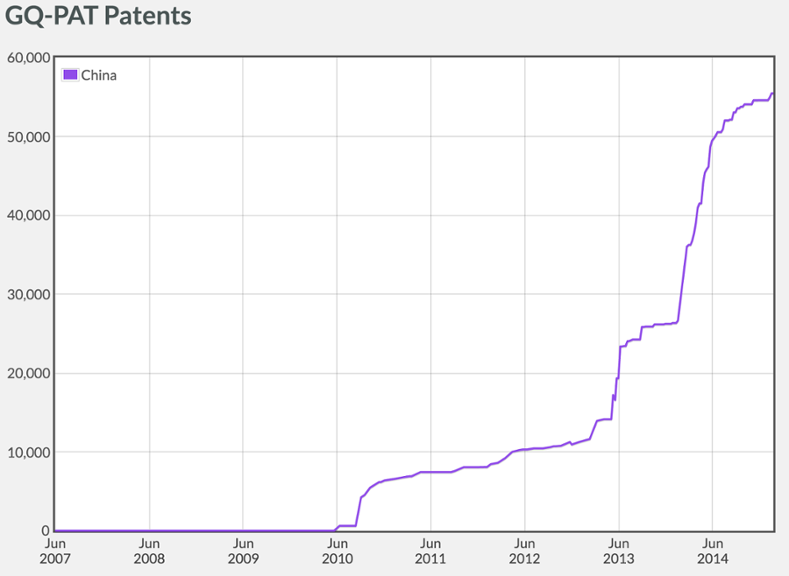 Intellectual property sequence search trials are available for free in GenomeQuest for those wishing to evaluate the growing China file in GQ-Pat Platinum.